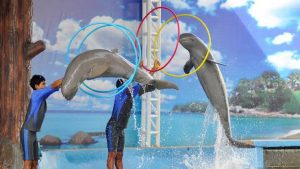 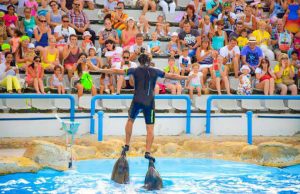 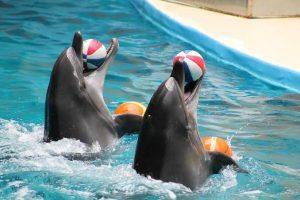 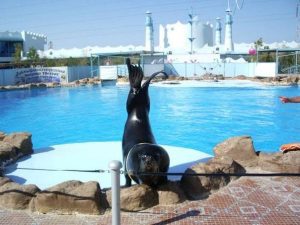 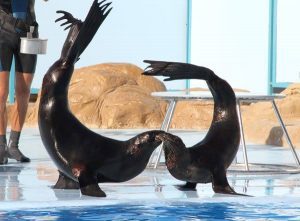 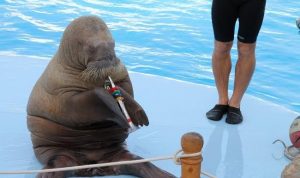 -One of the most popular excursions is a trip to the Dolphinarium. Dolphinarium in Sharm El Sheikh in the Hadaba area and is called “Dolphinella”. Real Russian trainers from the Krasnodar Territory perform in the dolphinarium. They taught dolphins to perform complex tricks, play volleyball and even draw pictures. An hour-long show with the participation of the three best dolphin artists will not leave anyone indifferent. Children with great delight will accompany each number and trick performed by the Dolphins. Yes, and adults will be amazed at the dexterity, ingenuity and skill of these beautiful and intelligent marine animals.

-Before and after the shows, tourists can swim with dolphins for an extra charge.

-Pregnant women and people with dermatological diseases are not allowed to swim with the dolphins.

–Excursion payment is only in cash (US dollars, Euro, Egyptian or British pounds)